Some time ago, I ran across an interesting muffler design from Flowmaster. The design used two perforated sheet metal cones mounted point to point inside the muffler case. Back then, the muffler was called the “Hush Power” series; but now they are calling it the “Pro Series” line. Strangely, They also have a smaller pipe diameter version called the DBX series; I’m not sure why they name those differently. 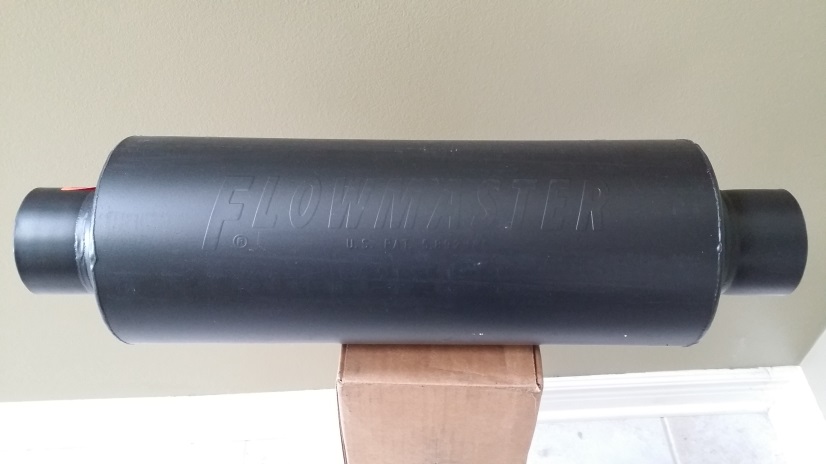 The folks over at autoanything.com were looking to get their name out; and in exchange for dropping a link to their site, they allowed me to pick a product from their site (within reason) as a promotion. At first, I didn’t think they would have anything for my race car since everything on the car is so custom, but after looking more closely though the the site, I found they have a ton of parts that I could use and found they also carried this muffler. I thought this would be a great opportunity to get something I wanted, but didn’t really need, especially with these being fairly expensive.

My current muffler is a very old Borla. I don’t remember when this muffler was installed on the car, but I think it was around 1998. The muffler has served the car very well, but even though I have noticed it getting louder due to the packing material degrading, my car is typically the most quiet at the track. I don’t really have an issue with this, but I thought it might be nice to try something else, maybe with a little more sound.

I intend to install this muffler on my built 3rd gen F-body race car. The car is interesting in that it must be one of the most poorly designed cars ever made, but the exhaust system is especially horrible. The exhaust systems on these cars seemed more like any after thought than anything else; so much so, I sometimes wonder if they even intended these cars to have a V8 since there is simply no room to fit a proper exhaust system. When these cars arrived on the scene in 1982, they could be had with a 4-cylinder engine so its plausible to think that the routing might have been intended for that. But the funny thing is, the exhaust system runs down the passenger side of the car but the exhaust came out of the 4 cylinder on the drivers side. This forced the car to use funky exhaust routing that went under the oil pan to connect to the passenger side. The car maintained this goofy setup for the drivers side cylinder bank on the V8’s, and used a Y-pipe just under the the passengers to join both cylinder banks into a single exhaust pipe. My car maintains the factory routing, but has been upgraded to a single 3″ pipe. Its stunning, but I make 360hp and ft-labs of torque at the wheels through this shitty setup.

Flowmaster advertises that this muffler flows close to an open pipe, but in typical Flowmaster fashion, they do not provide any flow numbers. Unfortunately, neither will I since I don’t own a flow bench, let alone one that can proper test a 3″ pipe. But what I can do is monitor my car’s air fuel ratio and see if it runs any more rich or lean, with rich meaning that its flowing less. I also have a sound meter so I can give some objectiveness to the level of sound being produced. 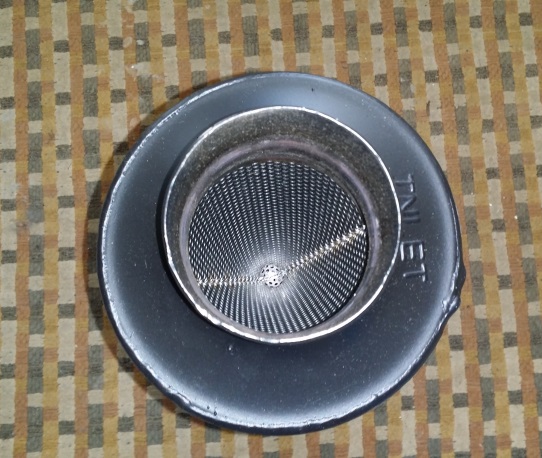 The design of this muffler is what I find interesting. Looking into the inlet of the muffler, you can see the perforated cone. All of the exhaust must go through this cone and another on the exit side. I don’t see how that’s going to flow anywhere near an open pipe. Even straight through designs like old glass pack mufflers don’t flow as well as an open pipe due to the turbulence they produce, so it will be interesting to see if this muffler can live up to its claim – though, I have a feeling its just marketing hype since they only use buzz words an no actual data.

I will be mounting this muffler sometime soon, stay tuned for the review.