Lamborghini’s and Ferrari’s are great cars with unbelievable performance and are something that gear heads like us lust over. Unfortunately, with their astronomical prices and maintenance very few of us will ever be able to own one. But, if it’s the performance you’re after, alternatives exist that can produce Ferrari performance without the Ferrari price tag.

When you hear the words “kit car”, usually a very negative image pop’s into your head of a frumpy looking vehicle that’s based off of a Volkswagen Bug chassis, something that’s all show and no go. Because this term “kit car” strikes most people with disgust, a new term has been created to make it more palatable, and that term is “Component car”.

Times have changed. With computers ever getting better and with the development of unbelievable CAD software packages like SolidWorks; designing and engineering a proper car has become easier and cheaper; enough so where a small company can produce truly amazing cars. This wasn’t the case in the 1970′s when they were making those terrible VW based kits that haunt us when someone mentions a kit car. These are serious machine that are professionally engineered and are for enthusiasts like us.

My first encounter with a serious kit car was with a Factory Five Racing (FFR) cobra. After a minor incident at the track (looking for an excuse to get the car), a friend of mine bought FFR’s Challenge Car kit. The Challenge Car is essentially the same as their normal cobra, but comes with a roll bar and other reinforcements installed from the factory. It is intended for FFR’s Challenge series, but my friend didn’t build it to that spec. Instead, he built the car using the engine and drive line from his ’97 Mustang Cobra (32v mod motor). He built the car specifically for the time trials/solo style events that he runs with the SCCA and Mid-western council. To keep weight down, and since the car was only going to be used for racing, he built the car only with the essentials. The final wet-weight with driver is only 2400lbs.  The engine is in stock form and is rated at 305 or so hp and was dyno’ed on a Dynapack dyno at 260 hp and 260 tq at the wheels. But even with this relatively low horse power, that car runs in the 11’s in the quarter mile and he’s usually FTD at solo events. Goes to show how weight is everything. These kits can be had for around $15,000, and can be completed quite affordably; but expect to pay around $30,000 for a really nice car.

Another kit car company I have been watching for a while is Race-Car-Replicas (RCR and AKA Superlite Cars) located just north of Detroit. They are probably most famous for their GT-40 and their extensive use of aluminum in the construction of their cars; but their GT-40’s popularity is now being overshadowed by their SL-C, a modern proprietary design by the company. RCR’s previous car uses an aluminum monocoque, but the SL-C has an extruded aluminum square tube affair somewhat similar to that of a Gallardo. 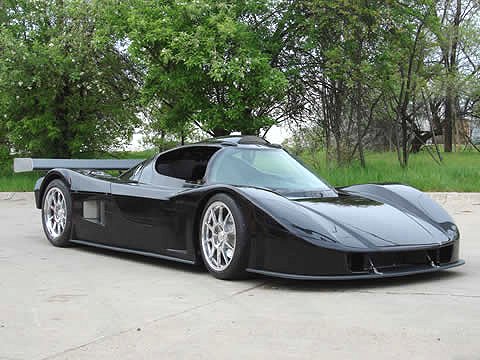 RCR’s cars are in a different league and price range than the offerings from FFR. For instance, the price of the SL-C kit is around $45,000 and finished cars costing $100,000 or more are not uncommon. It all depends what you put in the car and what your want to achieve. But, one major expense to building a mid-engine car is the transaxle. Since there were never any mass produced mid-engine cars, choices for a transaxle are limited and very expensive. Unlike FFR’s Cobra, RCR’s cars don’t require the use of any donor car parts. The FFR cobra was originally designed to use some parts off a Mustang to keep costs down, but everything on the SL-C is machined from billet thus increasing the cost.

From what I have witnessed on the forums, I would say that the SL-C is a more advanced build but not anything unreasonable. Even though RCR provides a build manual, building an SL-C from their most basic kit might not be something that a novice without a good understanding of fabrication and proper tools would want to tackle. Luckily, RCR can build the car to any level of completion that the buyer requests and can even complete the car. I guess it also depends on what you want to do, but I have viewed some pretty elaborate builds on the GT40s.com forums that include the builder making parts from scratch and doing a lot of other fabrication. If you are really serious about owning an SL-C, I would check out This Wiki which covers just about everything you would want to know including revisions/changes that have been made to the car. I have followed this car since it was a concept, and it has been interesting to watch how the car has been continuously developed as time goes on.

Lastly, I would like to mention a company that I’m not too familiar with since they don’t have a very strong presence here in the United States or a large forum following; that company is Bailey Edwards Cars out of South Africa. As you should know by now, I am a very big fan of Lamborghini; but, I am also a fan of historic race cars – particularly the famous Porsche 917. This is what led me to Bailey Edwards since they produce a very nice 917. 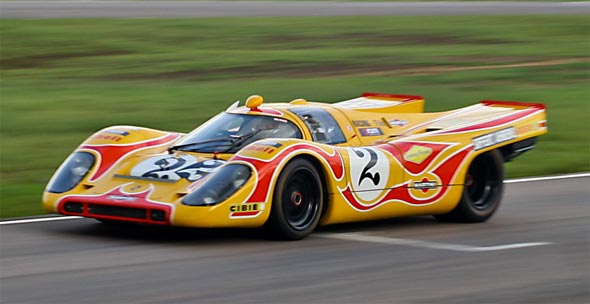 The Bailey Edwards 917 uses a copy of the 917’s original chassis with limited modifications and produced in steel. The original cars used an aluminum chassis that was quite fragile and had a very short lifespan. Those original chassis even incorporated a valve so that the chassis could be pressurized to check for cracks. Because of how fragile these original chassis were, having a more durable steel one is acceptable for even a purist like me.

There are other 917 replicas on the market and the ones that I have seen are very good. The other 917’s I’m aware of are made by an Australian company named Kraftwerkz, and RCR also has one. I hear the Kraftwerkz car is, after some initial teething problems, very good and there is now a long waiting list to get the car. As for the RCR 917, I feel their car is too compromised and not authentic enough for my tastes. There is also a significant problem with the 917 and other cars from this era; and that is the cockpits of these cars were built very small, so small at an even 6 feet tall, I may not be able to fit.

All of these kits should be able to provide performance equal to or better than virtually all exotic cars. This is mostly due to the fact that kit cars don’t have to undergo the same crash and smog tests that a production car has to go through. Because of that, you can assume that your personal safety in these cars may not be to the same standard as a production car; especially for an authentic replica of a 60’s race car.  Even though a lot of these cars come with SCCA spec cages, these cages were never intended for street use. Even so, I don’t think I would worry too much about driving these cars on the street since this isn’t something that I would be driving every day.