When you open a shop manual for setting pinion angles or look it up online, generally, they give a specification for what it should be for your car. But, if your car has been modified, which it most likely is because you’re reading this, the pinion angle listed probably wont work.

My car was designed for a T5 transmission which was substantially smaller than the T56 I now run. I might have been able to get the correct driveline angles if I ran my car at the factory ride height, but since my car is lowered, the large size of the T56 limited how high I could raise the transmission to correct the angle at the front U-joint. The solution was to make an extension over the trans tunnel to allow it to be raised.

Shop manuals and sites don’t take into consideration that your car might be lowered or has a different trans. They also fail to mention that the angle at the front U-joint is just as important as the angle at the pinion. Since manuals don’t talk about the front U-joint, many people, and even shops, are unaware of why their car produces a harmonic vibration at highway speeds. They also might go as far as to rule out the driveline as the source of the problem because they have falsely believed that their driveline angles are correct. They then go on a wild goose chase trying to find what the source of the problem is.

U-joins have a maximum and minimum operating angle. Generally, the minimum angle is no less than 1 degree and the max no more than 3. Under 1 degree, the needle bearings inside the U-joint caps do not move enough to provide even wear or get proper lubrication. Over 3 degrees, harmful vibrations start being produced at low speeds. Because U-joints do not move at a constant speed and are always accelerating and decelerating, 3 degrees is considered the maximum angle a U-joint should be run at on a street car. As the angle at the U-join is increased, so does the oscillation. Specialty vehicles like a rock-crawler truck, which never sees high speeds, can get away running more misalignment, while a high speed road race car might need less.

The oscillation that occurs with misalignment causes a vibration that only gets worse with driveshaft speed and eventually, becomes damaging. The greater the misalignment, the speed at where this damage occurs is lowered. That speed is known as the critical speed.

How you can fix the problem:

The expensive way to fix the problem is to convert your u-joints to CV joints. For a low budget race car, this may not be practical since these kits, if they are even made for your application, can cost well over $1000.

The other solution is to correct the angles of the U-joints. This is the path I chose to go. While what I did may not be acceptable for a normal street car, I had no issues doing this to my race car. The results actually look pretty good if I don’t say so myself. 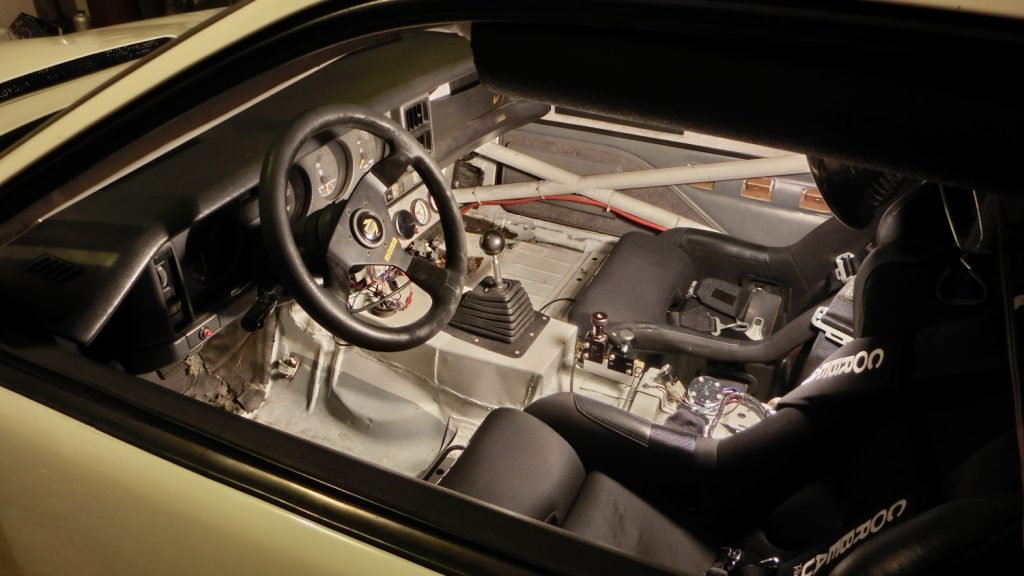